There is more to reheating a potato than throwing it in the microwave.

EXPERTS have revealed the five foods you should never reheat because eating them could make you ill.

Ranging from upset tummies to creating carcinogens, reheating these foods can cause various different illnesses that many people might not have known about, according to a report in The Sun.

The information from the British Food Standards Agency and European Food Information Council highlights five foods you should avoid reheating and should store carefully. Chicken and other poultry have a certain amount of salmonella contamination, which means they have to be cooked carefully.

The main issue with reheating chicken in the microwave, compared to other methods, is that the heatwaves don’t evenly cook all parts of the foods.

So, areas of the food are cooked quicker and as chicken has a higher density of protein than red meat, when reheated proteins are broken down differently, causing upset stomachs.

Chicken should be frequently rotated to ensure even cooking from the inside and out. According to the Food Standards Agency, the storage of rice is actually more important than the reheating itself. If left out in room temperature, spores are given the perfect condition to multiply, which could create poisons that cause vomiting or diarrhoea. And unfortunately, reheating the rice won’t get rid of the poisons. 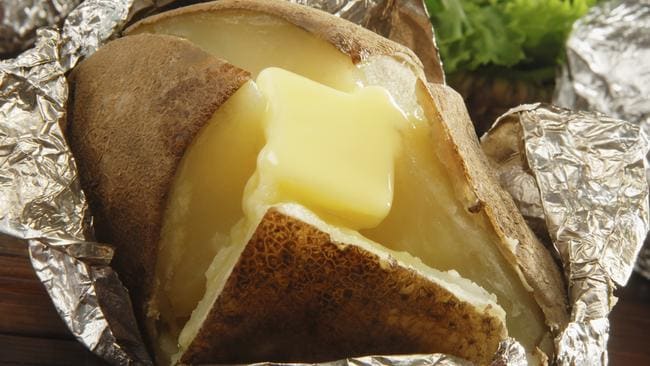 The humble potato needs to be handled with care if you are planning on reheating.

Similarly, with rice, potatoes need to be correctly stored after cooking; otherwise the conditions are ideal for bacteria growth.

Leaving potatoes out in room temperature, particularly if they’re in tin foil so that the oxygen is kept out, can result in the growth of Clostridium botulinum (botulism).

And reheating the potatoes won’t kill off the bacteria so it’s recommended you cool potatoes safely and don’t leave them unrefrigerated.

According to the European Food Information Council mushrooms have proteins that can be easily destroyed by enzymes and microorganisms.

So, if they’re not stored properly and then reheated, they can cause an upset stomach.

But the Council says: “If they are stored in a fridge and for not more 24 hours, it is in general no problem to reheat mushrooms again at recommended temperatures of 70C.”

5. SPINACH AND OTHER LEAFY VEGETABLES

Depending on where the vegetable is grown, spinach and other leafy vegetables can contain high concentrations of nitrate.

Although nitrate is totally harmless, according to the European Food Information, it can be converted to nitrosamines, which can be carcinogenic.

These can impact the bloodstream’s ability to carry oxygen and result in the condition known as “Baby Blue Syndrome” which can affect young children.

For these reasons, the council advises people to avoid reheating spinach.