Amara Named The Official Drink of The Paleo Diet 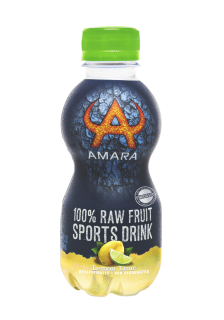 March 11, 2015 – Amara Beverage Company, an organization that produces organic, raw fruit sports drinks, has made the announcement that they have been named the “Official Drink of The Paleo Diet ®.” The company was chosen to represent the diet by none other than Paleo diet founder, Dr. Loren Cordain.

Amara Beverage Company was founded by CEO Greg Connolly, with the Paleo nutritional standards as a guide. He wanted to produce a nutrient-rich formula that could also allow people to embrace the benefits of an energy-enhancing sports beverage or other dietary aid. The ingredients used in each product have been said to help with fatigue and in the battle against obesity by promoting a healthy way of losing weight and obtaining well-adjusted sleep patterns.

The paleo approved energy drink is part of Amara’s line of nutrient-rich, raw and low-calorie sports drinks containing the 5 essential electrolytes and natural CoffeeBerry® caffeine. While the company prides itself on producing energy drinks that help consumers reach their maximum potential at high levels of fitness, they also offer caffeine-free beverages for those who don’t require as strong a boost of energy.

Following Paleo guidelines, the Amara Paleo Sports Drinks offered through Amara include raw fruit as a main ingredient, which provides the required vitamins and nutrients, while still hydrating in a low calorie formula containing only 4 grams of naturally occurring sugar, which is low on the glycemic index. Due to the low glycemic levels, these beverages are beneficial in balancing insulin levels in the body, making it easier to lose weight, rather than storing the natural sugars as fat.

Though the company has focused its aim not only toward health enthusiasts, but also toward athletes, both professional and casual, they have made it clear that the products they supply are meant to be used in everyday life, not just as a workout aid, or a pre-workout drink.

The flavors of the new energy beverages range from berry to pomegranate, to citrus, giving consumers the option of a tangy or sweet paleo beverage; although Amara has stated that the Amara Paleo Sports Drink is only slightly sweet, and loaded with antioxidants like those supplied by the Maqui Berry. All of these drinks contain only thirty calories per serving, and have been manufactured through organic farmed ingredients from sustainable farming methods to create a healthy and nutritious product that the company feels they can be proud of.

Consumers who are interested in more information on this latest achievement of being recognized as the official paleo drink, can check out their website by visiting www.drinkamara.com. This is also a good place to view all of the products offered by Amara, including their full line of Paleo sports drinks, and their listed ingredients.