Parents-to-be who consume too much caffeine during sensitive times of fetal development are at greater risk of a miscarriage, researchers from the National Institutes of Health and Ohio State University, Columbus, have found.

Using data from the Longitudinal Investigation of Fertility and the Environment Study, NIH researchers compared lifestyle factors as cigarette use, caffeinated beverage consumption, and multivitamin use among 344 couples with a single pregnancy, from weeks before conception through the seventh week of pregnancy. 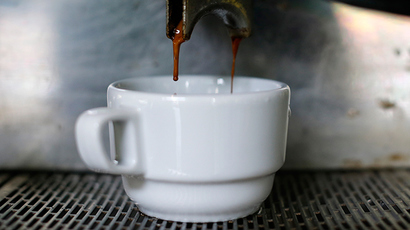 “Our findings prove useful information for couples who are planning a pregnancy and who would like to minimize their risk for early pregnancy loss,” said the study’s lead author, Germaine Buck Louis, director of the Division of Intramural Population Health Research at NIH’s Eunice Kennedy Shriver National Institute of Child Health and Human Development, in a statement. “Our findings also indicate that the male partner matters, too. Male preconception consumption of caffeinated beverages was just as strongly associated with pregnancy loss as females.”

Miscarriage was also linked to older mothers, over age 35, who experienced nearly twice the miscarriage risk of younger women.

Researchers also found, however, a reduction in miscarriage risk for women who took a daily multivitamin. If the mother took a multivitamin during the preconception period, there was a 55 percent reduction in risk of pregnancy loss. If they continued to take it during early pregnancy, there was an even greater reduction.

READ MORE: Just 6 cups of coffee a day may keep MS away – scientists

The study authors said other research has shown that vitamin B6 and folic acid can reduce miscarriage risk as well as the chances of having a baby with a neural tube defect, a serious health complication.

The study was published online in Fertility and Sterility.