‘Demonised’ pasta may actually be key to weight loss

Pasta is no longer off the menu, after a new review of studies suggested that the carbohydrate can form part of a healthy diet, and even help people lose weight.

For years, nutritionists have recommended that pasta be kept to a minimum, to cut calories, prevent fat build-up and stop blood sugar spiking.

The low-carb food movement spawned such diets as the Atkins, Paleo and Keto, which advised swapping foods like bread, pasta and potatoes for vegetables, fish and meat. More recently the fad of swapping spaghetti for spiralised vegetables has been championed by clean-eating gurus. 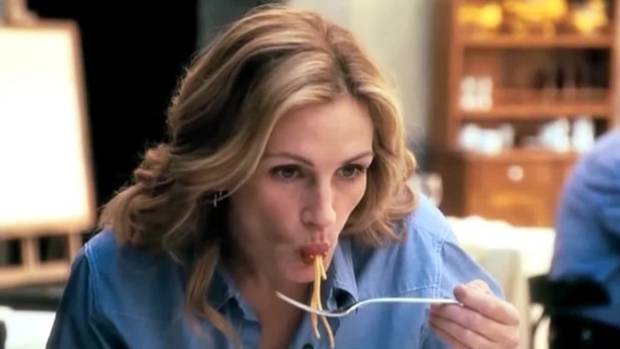 But now a meta-analysis of 30 studies by Canadian researchers found that not only does pasta not cause weight gain, but three meals a week can help people drop more than half a kilogram over four months. The reviewers found that pasta had been unfairly demonised because it had been lumped in with other, more fat-promoting carbs.

“In weighing the evidence, we can now say with some confidence that pasta does not have an adverse effect on body weight outcomes when it is consumed as part of a healthy dietary pattern.

“In fact analysis actually showed a small weight loss. So contrary to concerns, perhaps pasta can be part of a healthy diet. The new review reassessed evidence from 30 randomised controlled trials involving nearly 2,500 people who ate pasta each week, alongside a low glycemic diet – a food plan, which prevents the blood sugar from spiking.

Those involved in the clinical trials on average ate 3.3 servings of pasta a week instead of other carbohydrates, one serving equalling around half a cup. They lost around half a kilogram over an average follow-up of 12 weeks.

Unlike most refined carbs, pasta has a low glycemic index, meaning it is absorbed into the bloodstream more slowly and so does not cause high blood sugar levels.

The authors concluded that pasta could form part of a low-glycemic diet, which is often recommended for people who are trying to lose weight, or who suffer chronic illnesses such as diabetes or cardiovascular disease.

Naveed Sattar, Professor of Metabolic Medicine at the University of Glasgow said: “I tend to agree. I eat pasta regularly and if consumed in modest amounts then no reason for it to cause weight gain.

“So it’s nice to see this evidence. In the end, weight gain occurs with overconsumption of calories and so portion size matters.

“Regular portions of healthy pasta can be part of a healthy balanced diet and this work supports this view.”

The research was published in the journal BMJ Open.

Geeta Sidhu-Robb, founder of Nosh Detox, the clean eating home delivery service whose clients include Madonna and Gwyneth Paltrow said: “Simple-carb foods are those that your body breaks down quickly and easily, including sweeteners such as sugar and honey or refined grains like pasta.

“Because these carbohydrates are broken down so quickly, they cause spikes in our blood sugar levels.”