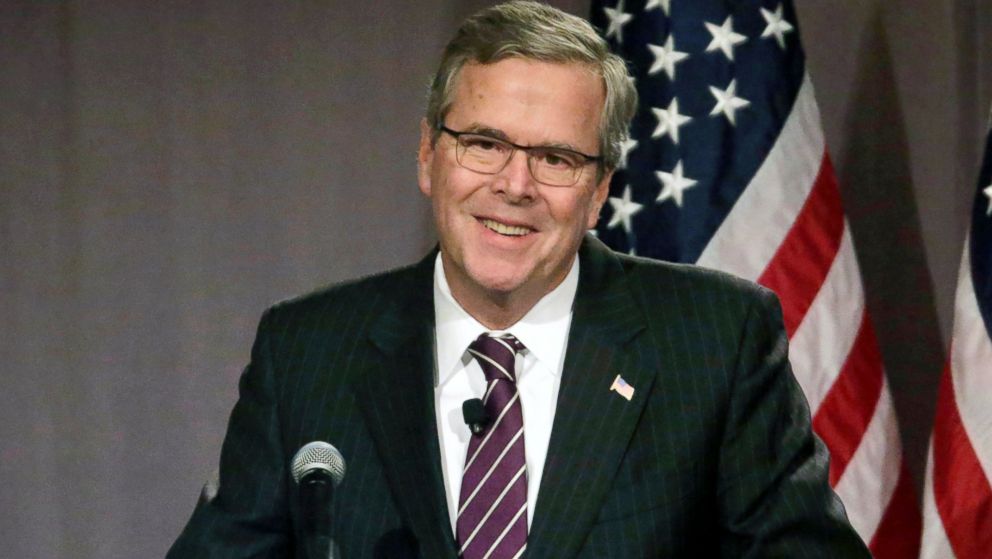 In Iowa this weekend, everyone will be listening closely to what comes out of Jeb Bush’s mouth, but they should also be paying attention to what he puts in it.

Last month, Bush revealed he follows the Paleo diet — a strict regimen of eating only what our hunter-gatherer ancestors ate: vegetables, meats, seafood, fruits and nuts.

“Continue to pray that I stick on this Paleo diet where my pants fall down,” Bush told donors in Tallahassee in February. “Perpetually starving to death apparently is the source of losing weight.”

But in a state famous for such delicacies as deep fried Oreos and funnel cake served up every year at the Iowa State Fair, Bush may have a major culinary conundrum on his hands.

On this, his first trip to the Hawkeye State since 2012, he will face a veritable buffet of temptations — whether it’s baby back ribs drenched in barbecue sauce at Jethro’s BBQ ‘n Jambalaya in Waukee (the restaurant doesn’t offer Paleo-friendly sauces, ABC News checked) or snacking on a cheesy slice at the Cedar Rapids Pizza Ranch, an iconic Iowa-based restaurant chain that countless politicians frequent.

When asked, a spokesman for Bush could not immediately say whether the former governor will break the Paleo rules and indulge, or stick to his diet.

But Iowa is just the beginning. If Bush officially jumps into the race, he’ll haveSouth Carolina grits and Wisconsin cheese curds to worry about too — among other things.

Maybe the former Florida governor should seek the advice of his son, George P. Bush, on how to navigate the perpetual campaign trail buffet line. The younger Bush managed to adhere to the Paleo diet and turned to CrossFit to stay in shape during his successful campaign for Texas Land Commissioner.

As he determines how closely he will follow the Paleo diet on the trail, Bush still understands the importance of paying homage to Iowa’s food-centric events. At an event in Urbandale Friday night, the potential Republican hopeful threw in a reference to a pork roast he attended while campaigning for his father, George. H.W. Bush, in 1980 — long before adopting the Paleo regime.

“I went to the Muscatine pork roast,” he said, according to the New York Times. “I think twice.”