Raw water: the problem with the latest heath craze

The “raw water” movementromanticises the idea of drinking water that contains the things they say nature intended without the chemicals, such as chlorine, often used in urban water treatment processes.

In some areas of America, especially the West Coast, it has become a high-dollar commodity – water captured in glass bottles and sold straight to you.

But by shunning recommended water safety practices, experts warn, raw water purveyors may also be selling things you don’t want to drink – dangerous bacteria, viruses and parasites that can make you sick.

READ MORE:
* Carbonated water: Is it healthy to drink?
* Are all soda waters the same?
* Sugar tax debate: how could we tax fizzy drinks?

“We’re glad people are so interested in water quality and the value they’re placing in safe water,” said Vince Hill, who heads the Waterborne Disease Prevention Branch at the US’s Centers for Disease Control and Prevention.

“But I think it’s also important for people to know where their water comes from, what’s in it, how it’s delivered and whether it’s safe to drink.”

Where water comes from, how its treated and what it’s bottled in, has long been the subject of heated debates.

Could demineralised water be bad for you in some circumstances? What about using plastic bottles? And, of course, do some water systems have dangerous levels of lead? Many communities reject adding fluoride to drinking water, even though it strengthens teeth and is safe at low doses.

Michelle Francl, who chairs the chemistry department at Bryn Mawr College in Pennsylvania, said truly raw water, which is simply hydrogen and oxygen, is fine to drink – as long as it’s clean.

“Water pulled from a spring or water that comes out of the tap – the water molecules are identical,” she said. “So the only difference is what else is in there and some of those things might be innocuous like the minerals, some of them might be not so innocuous – things like Giardia and bacteria have been found in springs.” 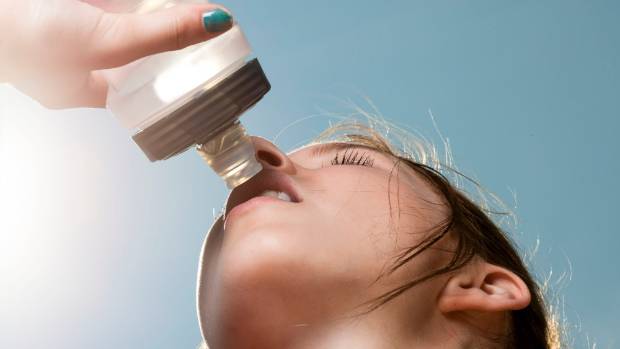 “The lack of clean water kills hundreds of thousands of children a year,” said Francl, who is also a scholar at the Vatican Observatory. “So this notion of raw water is crazy.”

That’s why, experts say, it’s imperative to know what exactly you’re putting into your body.

The cleanliness of the water, they say, depends on things you can’t see – like whether herds of elk or moose or caribou have relieved themselves in a stream that you’re drinking from and left it full of parasites. Or whether there has been groundwater contamination from naturally occurring elements such as arsenic, radon or uranium, or from agricultural pesticides, herbicides and other chemicals.

But all in all, “we have an incredibly safe and reliable water supply” in the United States, said David Jones, professor of history of medicine at Harvard Medical School.

US law requires the Environmental Protection Agency to put in place certain standards to ensure that tap water is safe to drink. The US’s Food and Drug Administration regulates water that is bottled and sold to consumers.

But raw water is really up to you.

“In some respects,” Jones said, “the fact that people are worried filtration is removing necessary minerals is really an extreme case of one of these First World problems.”

Experts say raw water may contain minerals, but you can get the minerals you need from a healthy diet – and the risk of harmful bacteria, viruses and parasites is not worth any benefit from trace minerals.

Water treatment is intended to remove harmful bacteria such as E.coli, Salmonella and Giardia, a common parasite that causes a diarrheal illness called giardiasis and can be contracted by drinking “untreated or improperly treated water from lakes, streams, or wells,” among other ways, according to the CDC.

Until a couple centuries ago, waterborne illnesses were much more common – before people knew to or were able to separate sewage from drinking water. Jones, at Harvard Medical School, said in the late 19th century in response to epidemics of cholera, a bacterial disease that spreads in water, cities made massive investments in water treatment processes, including sand filtration.

Once communities were able to separate sewage from the drinking water and then filter that drinking water, cholera nearly disappeared from cities in Western Europe and North America.

“These kinds of changes are likely largely responsible for huge improvements in human life expectancy,” Jones said. He added that life expectancy increased by some 30 years from 1900 to 1970.

“Clean water has made such a difference in people’s life expediencies in the United States and other industrialised countries, so I can’t imagine why you would want to drink water that wasn’t and thereby endanger your health,” Francl said.

Doug Evans, who said he subsists on an organic, plant-based diet, said he has been drinking raw water for nearly two decades now.

“If you have heavily processed water with chemicals in it that are designed to kill bacteria, then I think it can really materially alter the body,” he told The Washington Post. “The springs that I will drink from have all been tested – and the closer you’re drinking it to the source, the safer it is. So I think that if you’re drinking from a natural spring at the source, it tastes better. And I feel good drinking it.”

Evans, an entrepreneur who founded the now-defunct juicing company Juicero, said that when he can’t get his own water, he buys it from Live Water, a raw water business based in Oregon. The company claims on its website that “all other bottled, filtered, tap, and even spring waters are sterilised with ozone gas, irradiated with UV light, and passed through a submicron filter” and that “blasting water with ozone changes its molecular structure”.

Live Water did not immediately respond to requests for comment.

Francl, the chemist, said ozone gas is used to remove bacteria and other things from water and then the ozonised contaminants are strained out, leaving clean water. She also said that ozone does not change the molecular structure of water, as Live Water claims; if it did, the liquid would no longer be considered water.

Evans said others should make their own decision about what to drink.

“The pundits will say water is H2O, but I think as you break it down, there’s a lot more to it. And I feel very vibrant on its consumption.”